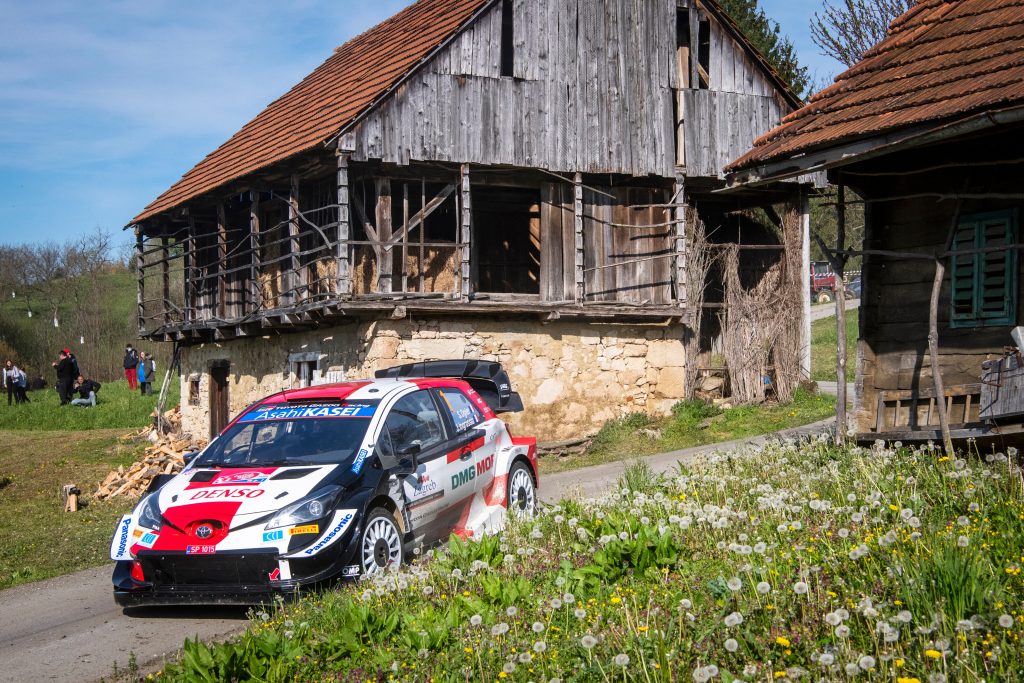 After a remarkable final day to Croatia’s maiden WRC appearance, the world champion relegated Toyota Yaris team-mate Elfyn Evans in the final kilometres to win the three-day rally by 0.6sec.

Thierry Neuville finished third in a Hyundai i20, 7.5sec further back, but the facts do scant justice to the drama of a rally that will live long in the memory.

The trio fought tooth and nail from Friday’s start on Croatia’s slippery roads near Zagreb. After trading places on several occasions, the final day opened with Ogier leading Evans by 6.9sec, despite a second leg puncture, and just over 10sec blanketing the three drivers.

The drama unfolded when Ogier was involved in a road traffic collision en route to the opening speed test. Nobody was injured but the impact damaged the Yaris’ bodywork and the crucial aero package.

Evans capitalised on Ogier’s problems to win the first two tests and the Welshman started the final 14km live TV Wolf Power Stage with a 3.9sec advantage, as Belgian Neuville still chased both.

Interim times revealed Ogier closing on the Welshman before Evans slid wide onto a grass verge near the finish. It was the break Ogier needed and he scorched across the finish to record his 51st career victory, seal a Toyota one-two and regain the championship lead.

“The emotion for us now is super strong,” admitted Ogier. “It’s been a crazy rollercoaster for us between the puncture and the issue this morning. I was glad to be still in the rally honestly. I guess that’s why we do this sport, for this emotion.”

Neuville encountered his fair share of troubles during the weekend, including a poor tyre choice, spin and a missed junction in that final stage that meant the Belgian had to settle for third.

Ott Tänak finished fourth after never feeling totally comfortable with his i20 but the Estonian had more than 90sec in hand over Adrian Fourmaux in fifth. It was a hugely impressive top-level debut for Fourmaux, who twice set second fastest times in his Ford Fiesta.

The championship heads to the first of a series of four gravel rallies at Vodafone Rally de Portugal next month. Matosinhos hosts the event on 20 – 23 May.